Back in 2012, MVIHES and the City of Parksville built a rain garden in front of the newly expanded fire hall. The project was funded with grants from The Nature Trust of BC and Pacific Salmon Foundation. The purpose of the rain garden is to collect the rain running off the fire hall parking lot and, like nature, hold some of it in the soil to water the plants while the rest filters through sand where it slowly percolates into the ground. From there, the water recharges groundwater aquifers and contributes to stream flow in dry periods.The captured runoff can contain dirt, fertilizer, chemicals, oil and other pollutants which are filtered out in the rain garden. Representatives of the city and MVIHES attended the ceremonial opening of the new rain garden in front of the Parksville Fire Hall, as seen in the above photo.

Faye Smith who was the MVIHES Coordinator at the time (wearing a pink sweater in the above photo) commented that “Rainwater pouring into storm drains from our streets, parking lots and other hard surfaces has a devastating effect on our streams and shorelines. Not only does the pollution in the water harm fish and other aquatic life, the volume of water that flows through the pipes during a heavy rainfall causes erosion and destroys critical habitat.” Faye was a strong supporter of rain gardens and hoped Parksville would become a city of rain gardens.

The garden includes local native vegetation and was meant to grow into a natural looking, manicured green area. The key word being "manicured". In 2020, our Vice President, Peter Law, realized the rain garden had grown into a impenetrable jungle and was far from attractive. You could lose your dog in there. 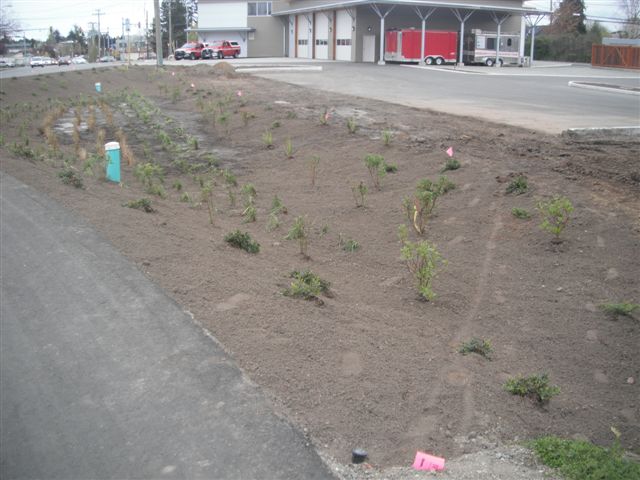 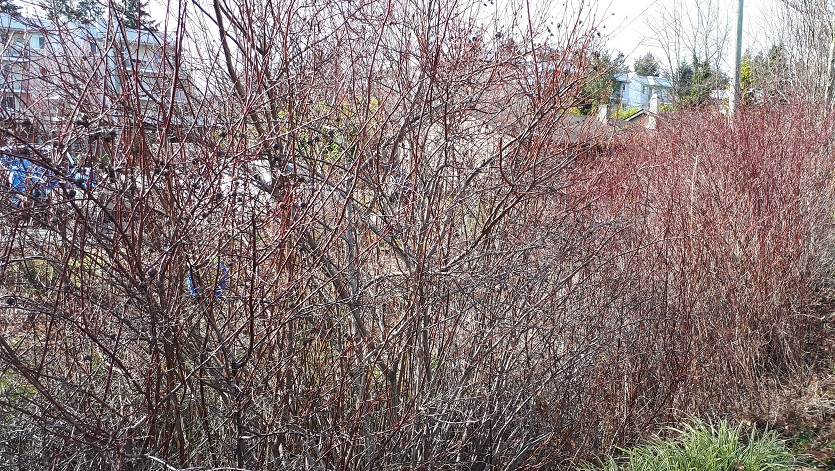 On March 17, 2021 a team of volunteers working under Covid-19 protocols gathered at the Fire Hall with pruners, shovels, and rakes to give the rain garden a good manicure. Thank goodness someone thought to bring a machete. Photos of volunteers in action are below. 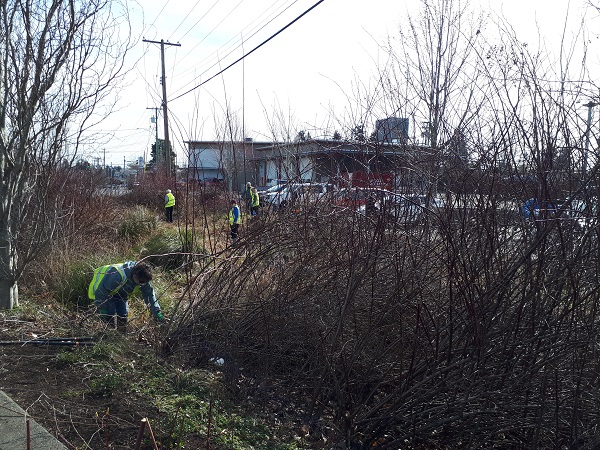 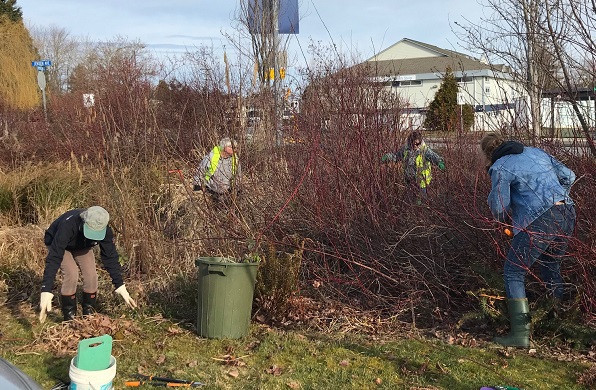 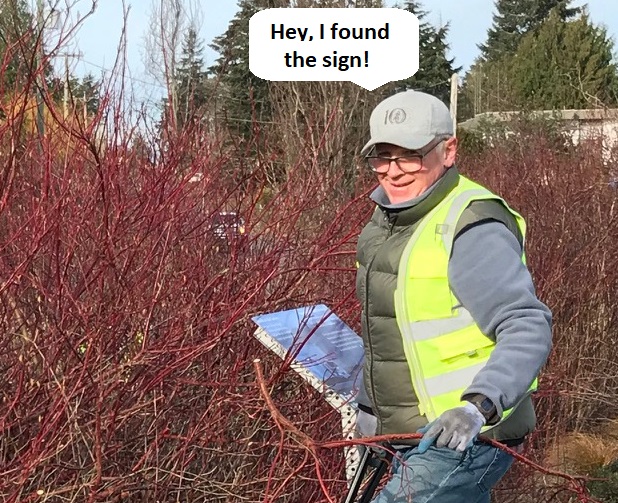 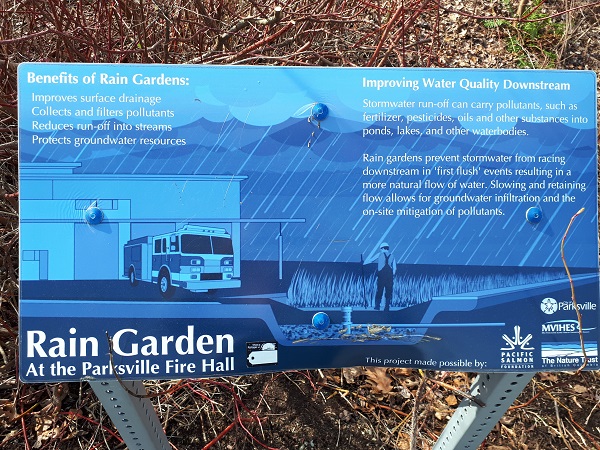 Volunteers Jo McIlveen and her husband Doug Herchmer provided a truck and trailer for hauling the cuttings to a friend's farm in French Creek. Four truck and trailer loads were hauled away over the course of two days, plus a load in Pete's truck. See photos below for examples of a load. 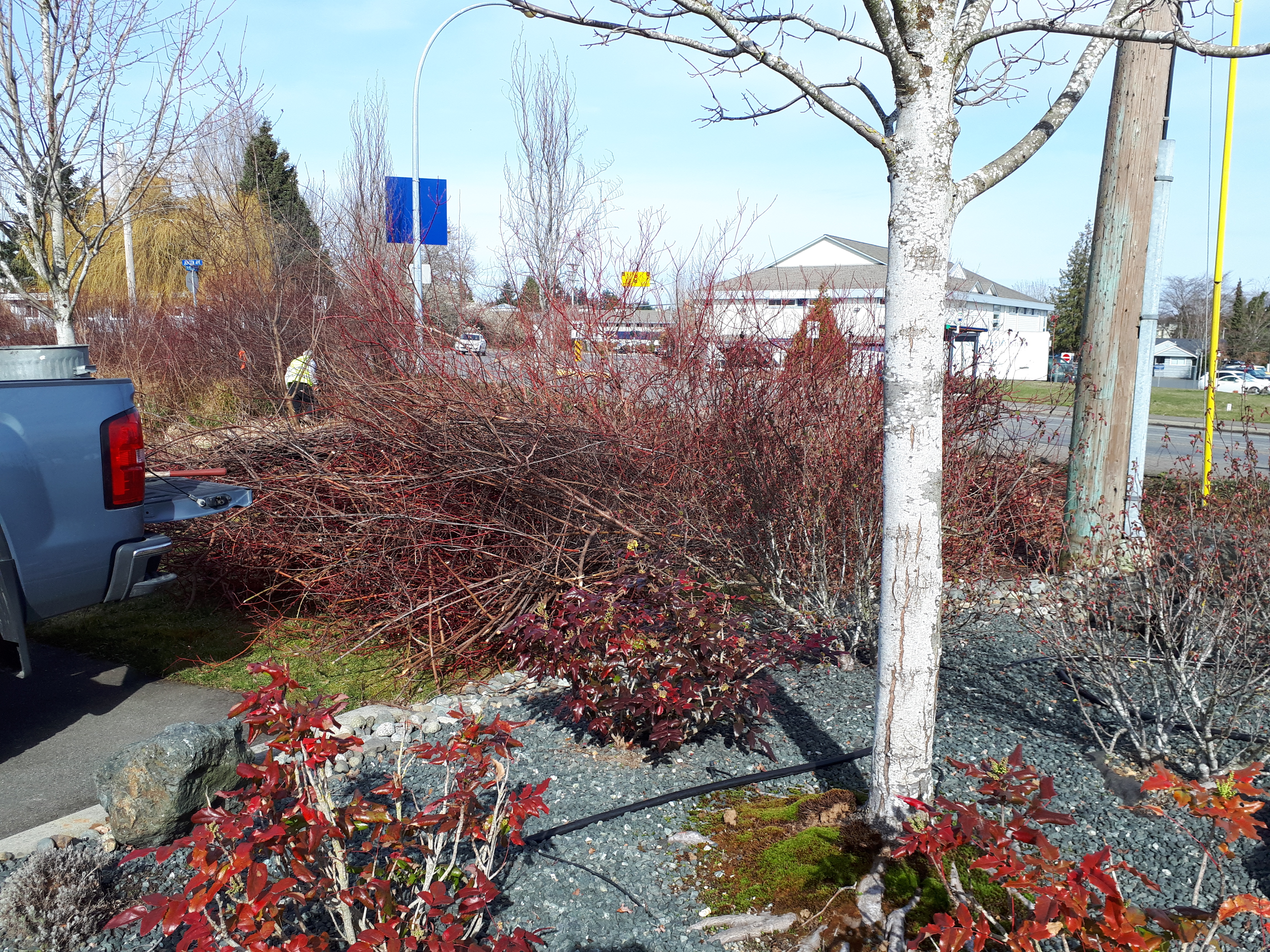 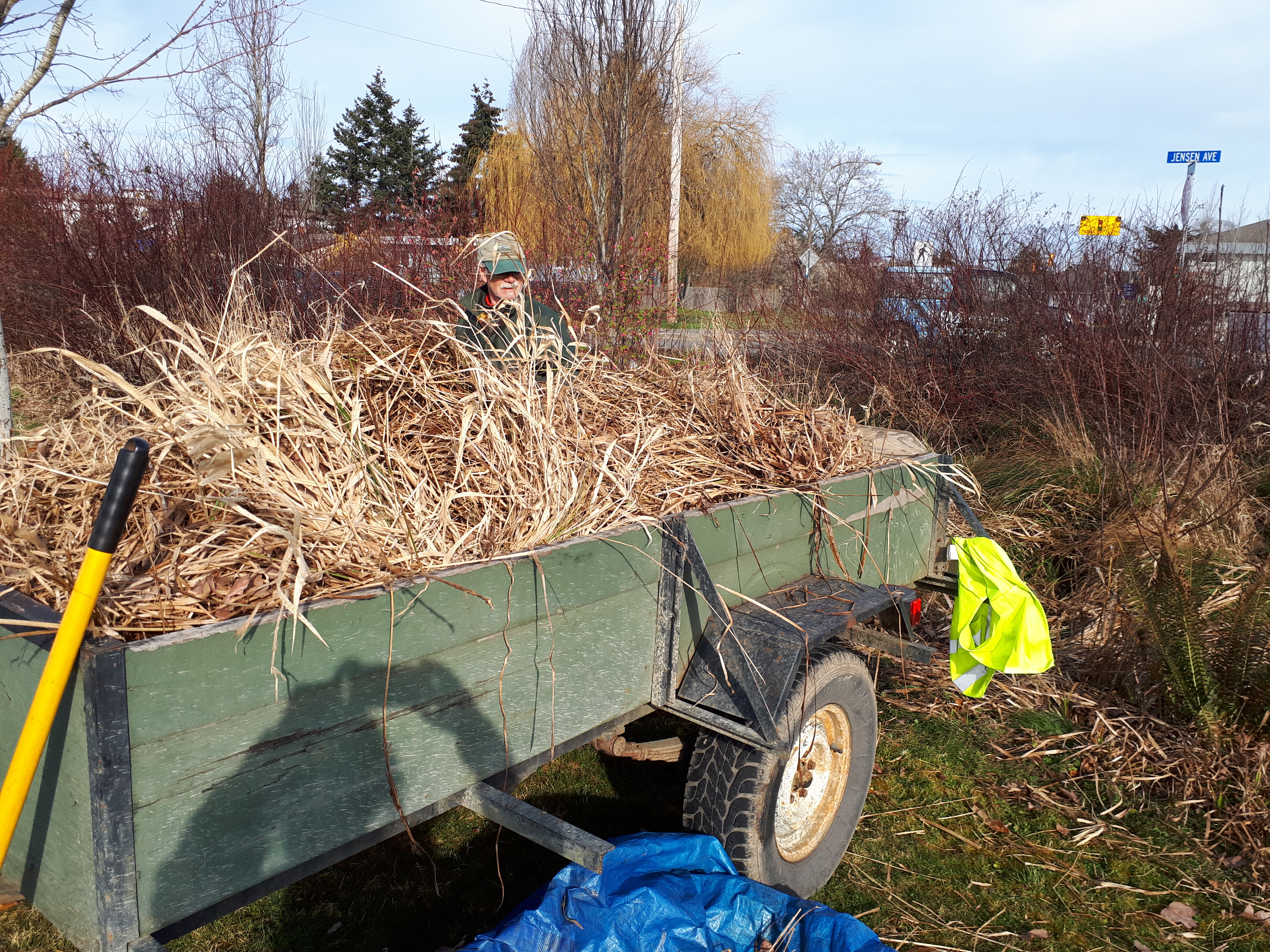 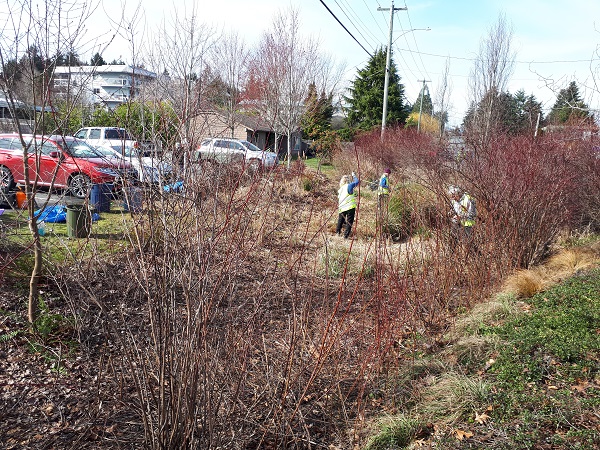 The photo to the right shows much improvement but the rain garden needs another day's work. Due to the additional Public Health recommendations recently implemented for Covid-19, further work on the rain garden has been postponed for now. In the meantime, many thanks to our volunteers: Pat Ashton, Dick Dobler (Machete Man), Shelley Goertzen, Doug Herchmer, Mike Jessen, Pete Law, Jo McIlveen, Barb Riordan, Catherine Watson and Sue Wilson.  See ya next time!