Volunteers on the Go - Part IV

The unusual drought we're experiencing this summer has left creeks and rivers on the east side of Vancouver Island with very low flows, putting pressure on our fish stocks. The situation is so serious that the BC River Forecast Centre is "expecting fish to die in the shallow, warm rivers this summer and are asking people to call the RAPP line at 1-877-952-7277 (RAPP) if they see any significant numbers of dead fish that could be caused by the hot dry weather." CHEK News broadcast the Centre's concern on July 6 which included a segment with MVIHES Vice President, Pete Law, on our concerns with lows flows in Shelly Creek. Our volunteers jumped into action.

Fish Wranglers to the Rescue

MVIHES volunteer and Director, Dick Dobler, rounded up some of his friends to rescue salmon fry and smolts stranded in shallow pools in the Englishman River and French Creek. So far they have relocated over 5,000 fry and several hundred smolt into areas of the river and creek that improve their chances of survival. This caught the attention of the Freshwater Alliance which has been following fish rescue activities across the island. They sent their student, Katia Bannister, to cover the action and take the photos shown below. 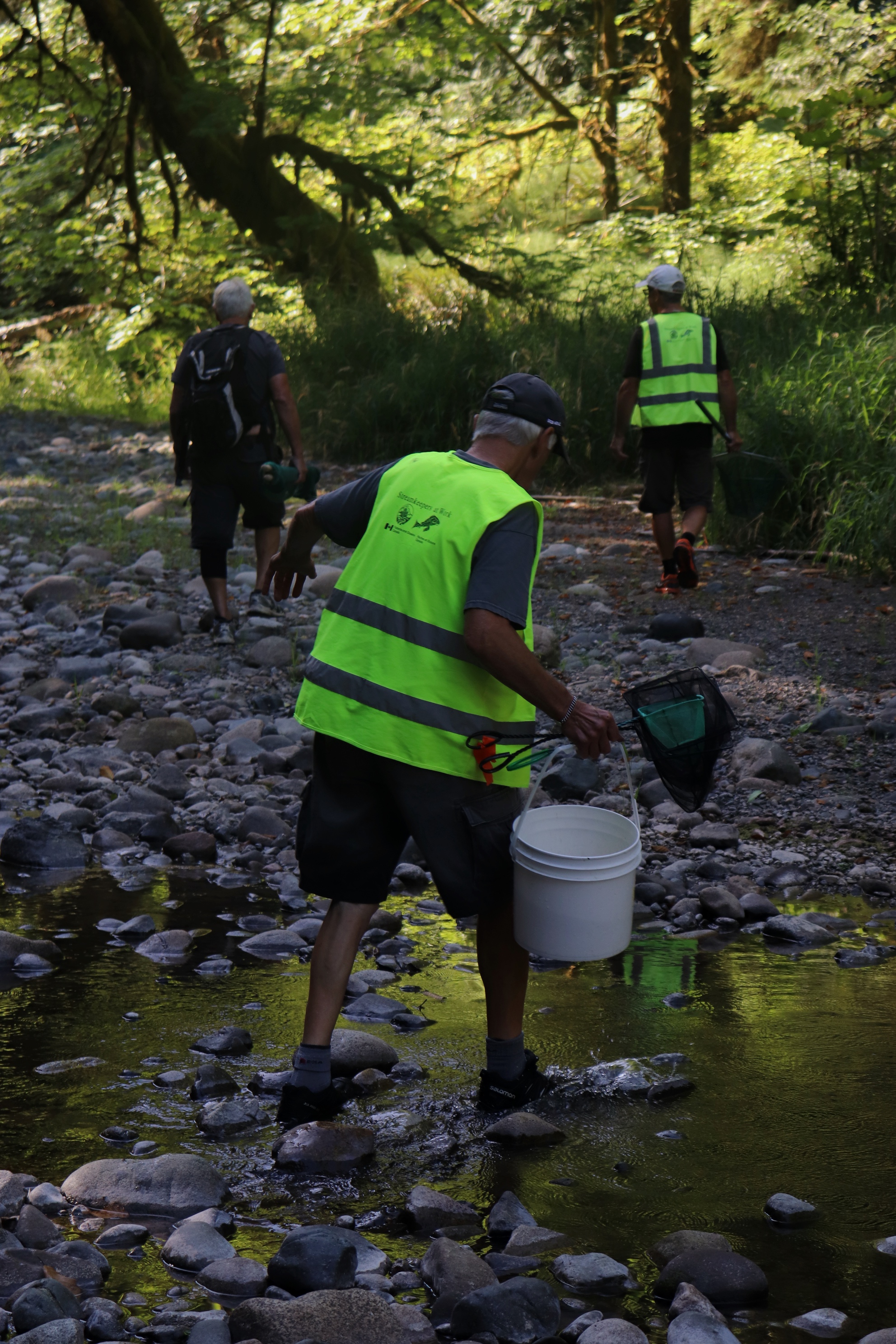 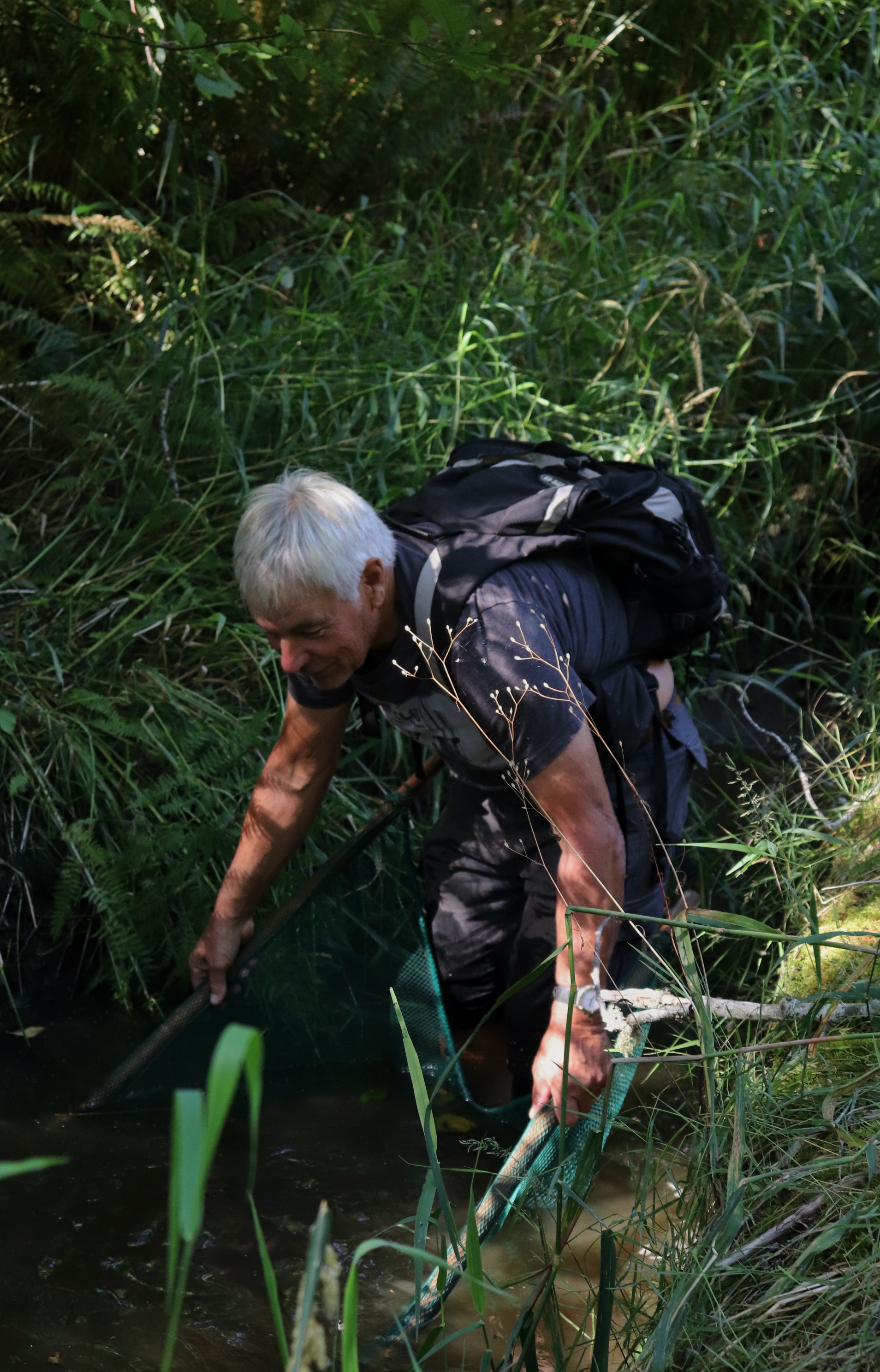 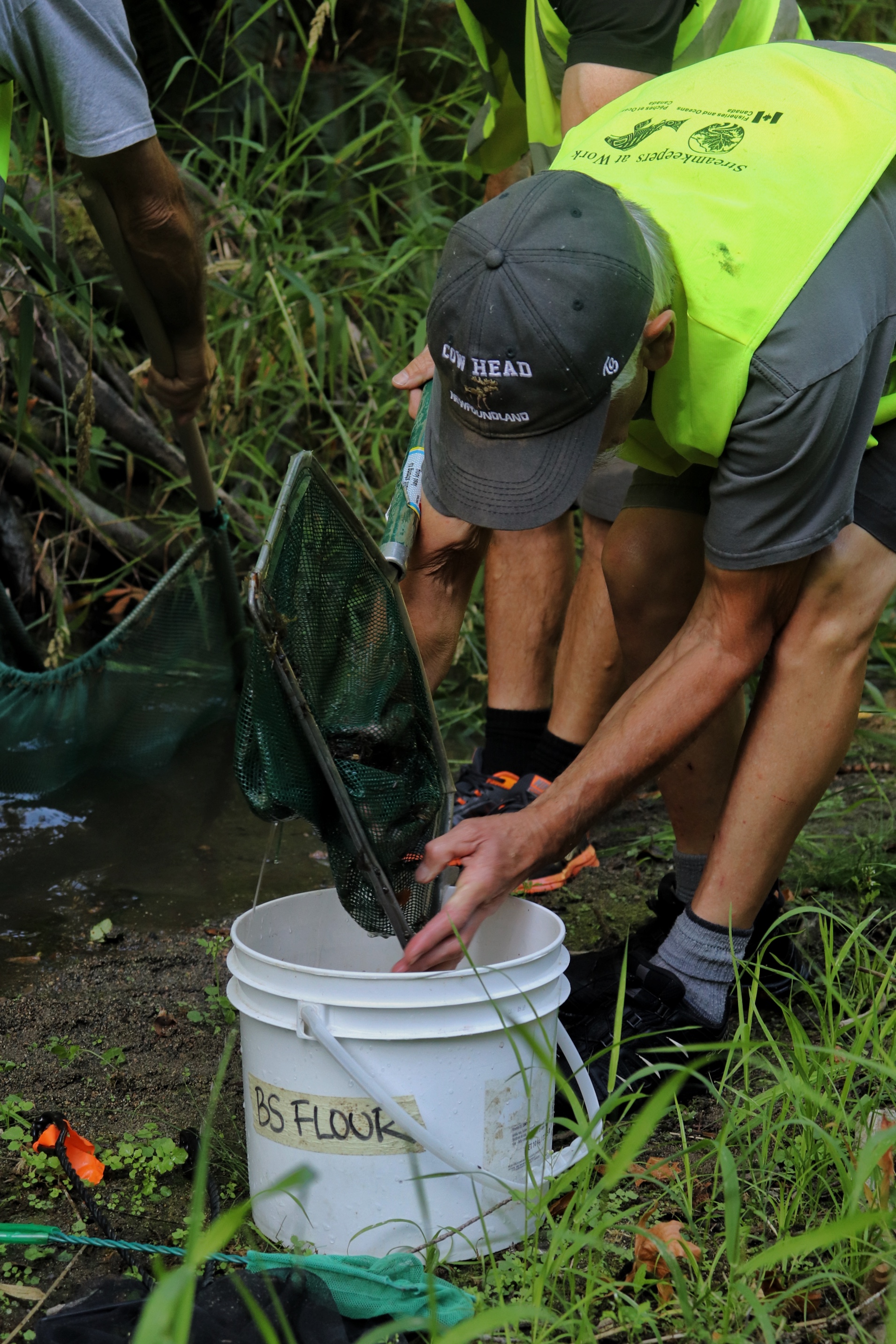 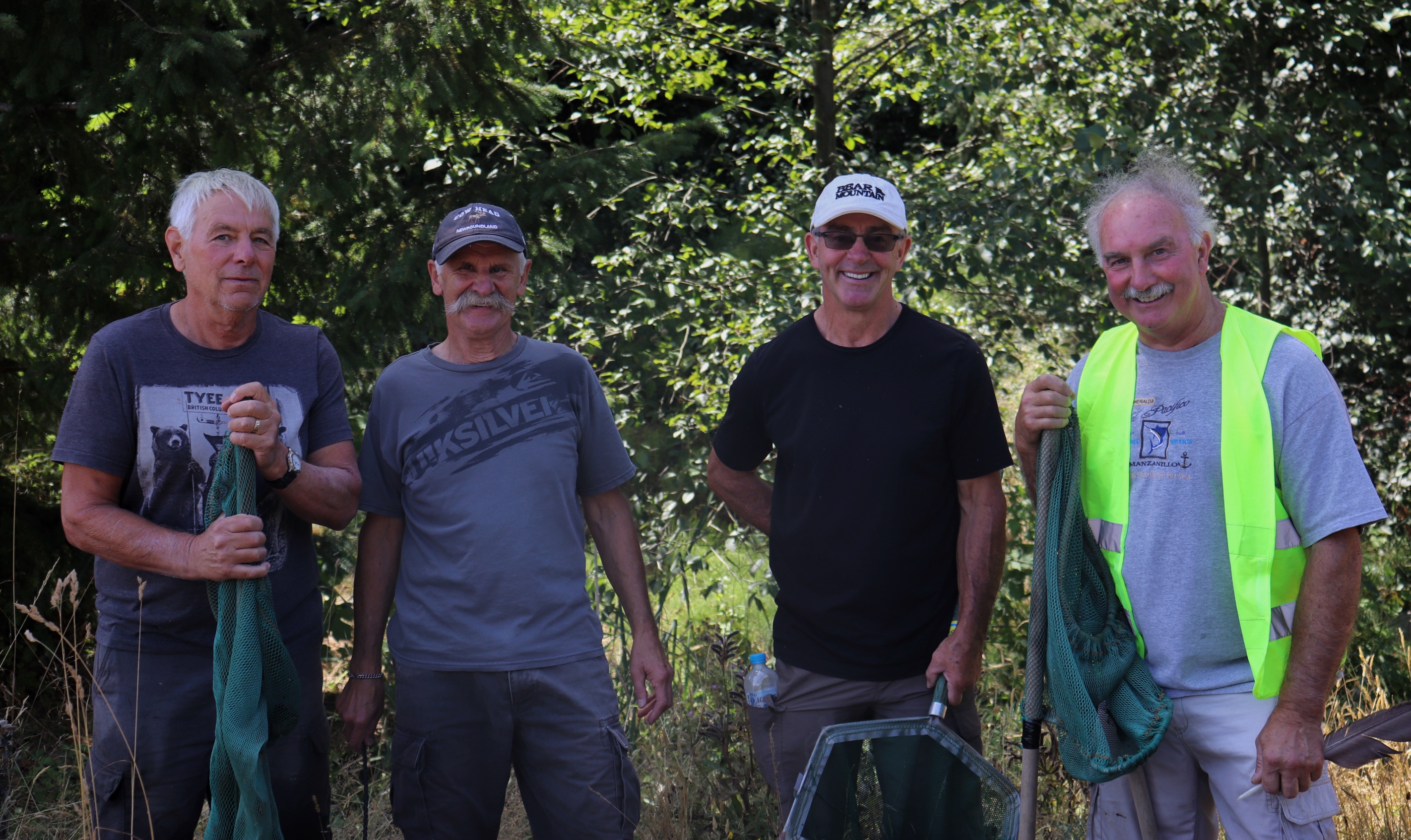 Katia has posted her experience covering the guys on their quest on her blog. Thank you Katia!

Yellow Fish and Brown is the New Green

Earlier in the year, 96 wooden fish were produced by Kees Luchs, a professional wood artisan. The next and messiest step was getting the fish painted a bright yellow. Two fish painting parties were held this summer as seen in the photos below. 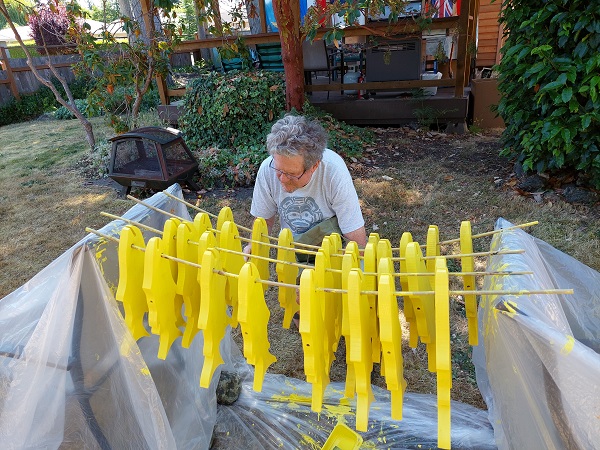 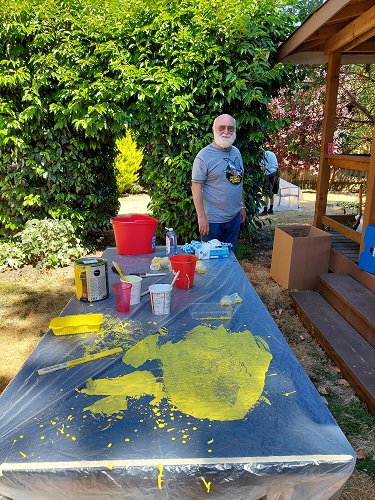 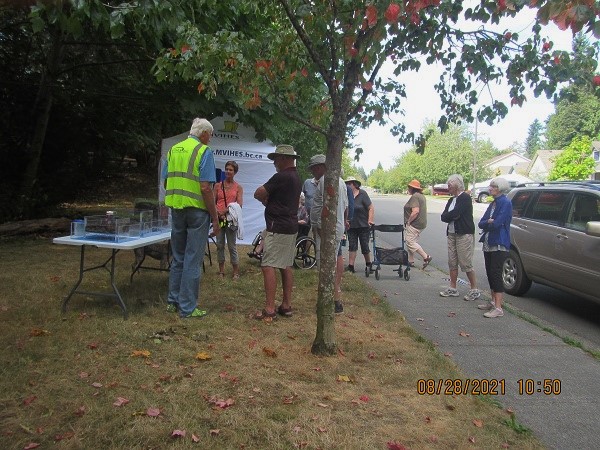 A few of the yellow fish signs were given to people who made the pledge at the Shelly Creek Neighbourhood Information Session on August 28. The session was organized by Pete Law and MVIHES volunteer, Ross Peterson (in the yellow vest) who informed residents on how they can manage rainfall in their yards to benefit Shelly Creek, and included a great demonstration. But that's another story coming soon.