Lord of the Flies, Part Two

Some of you may remember last year's  program of monitoring Benthic Invertebrates (fancy term for aquatic bugs) to measure the health of the Englishman River and its tributaries. The results are in and are summarized below. 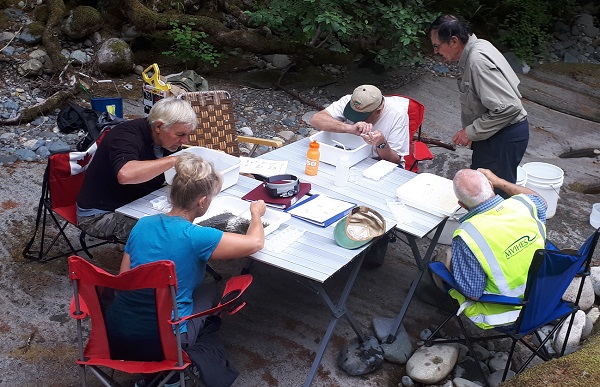 The photo to the left shows Bruce Murray (standing), our own Lord of the Flies, leading volunteers in sorting Benthic Invertebrates collected from the river bottom into trays for identification by Bruce. In addition to MVIHES volunteers, members of the Island Waters Flyfishing Club in Nanaimo, a member of the Mid-Island Castaways Fly Fishing Club in Qualicum Beach, and students from Dover Bay Secondary School Field Biology Program, participated. 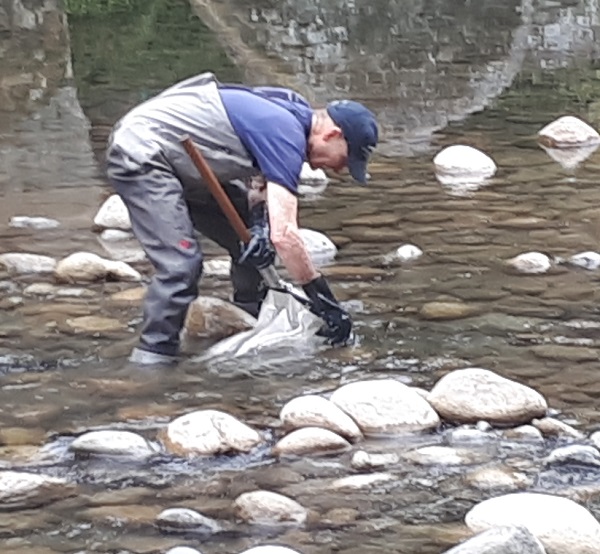 We used a method of sampling that has been around for a while, and anyone who has taken the “Streamkeepers"  course will remember it. We scrape rocks from the bottom of the river into fine meshed nets to capture the bugs, as shown in the photo to the right. 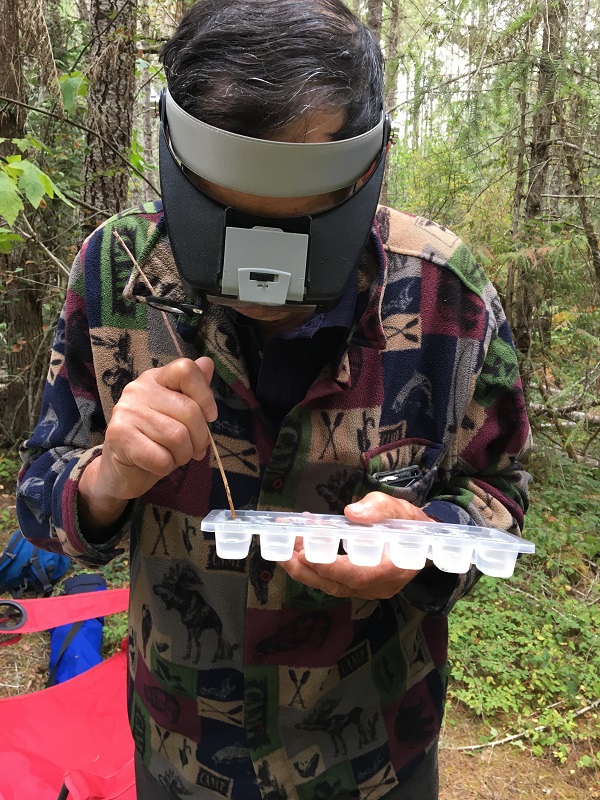 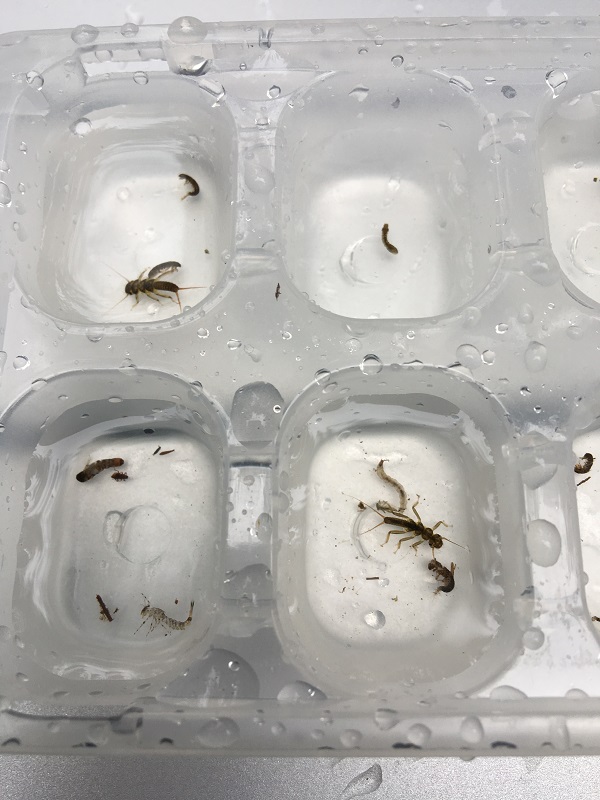 Bruce then strapped on a pretty impressive set of magnifiers to get a very close look at the features of the bugs to aid in their identification. Data on the types of bugs and their numbers were recorded. The bugs were then released back into the river.

Once all the bugs were identified, we used the  "Streamkeepers" method of categorizing  them  into the following three groups depending on their ability or inability to tolerate polluted  water.

A river that has a lot of bugs that are intolerant of pollution is considered to be healthier than a river with more of the bugs that tolerate pollution.

A total of eight sites were sampled:

The sample site in Morison Creek had the highest abundance of bugs while the site at the Orange Bridge had the lowest abundance. 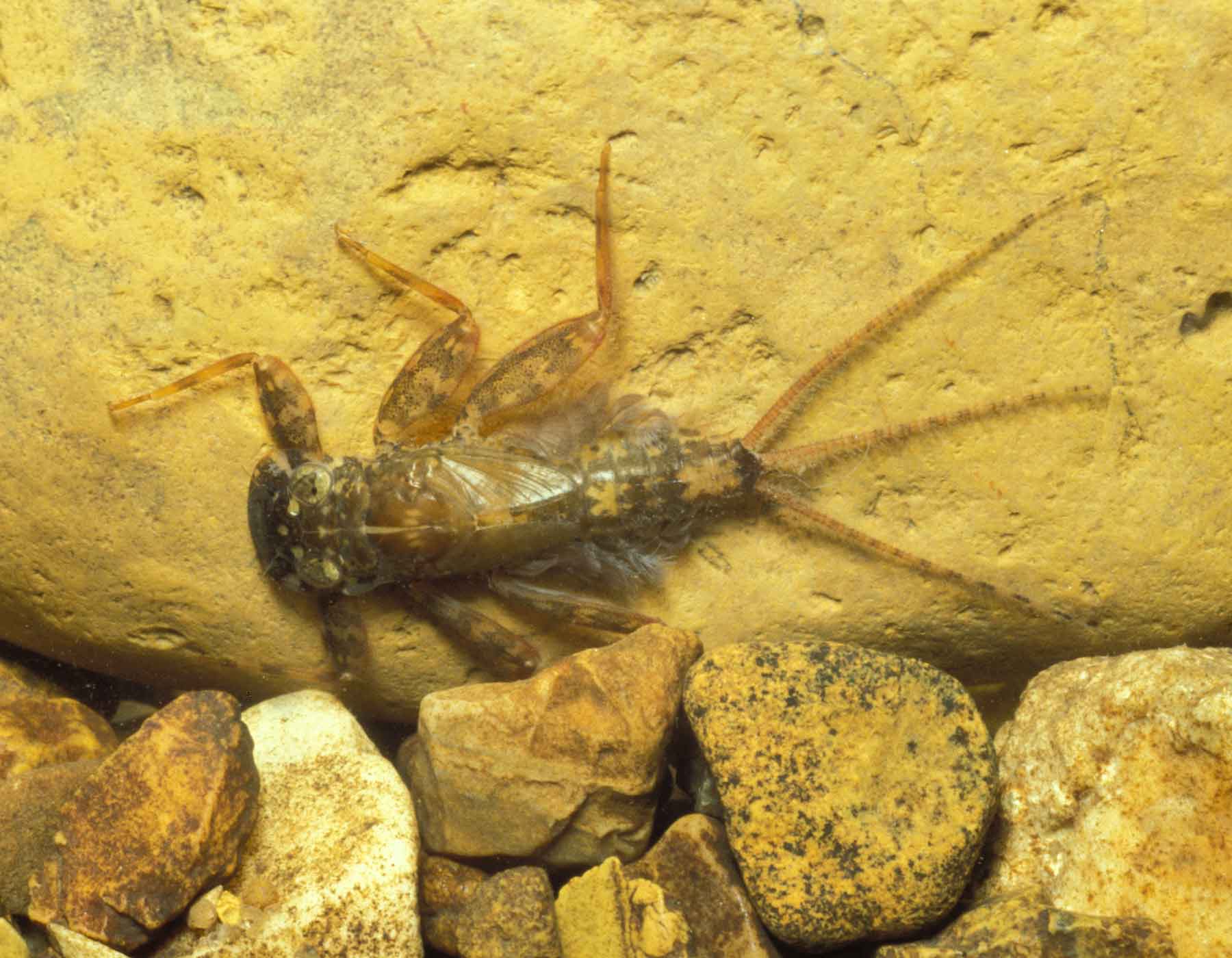 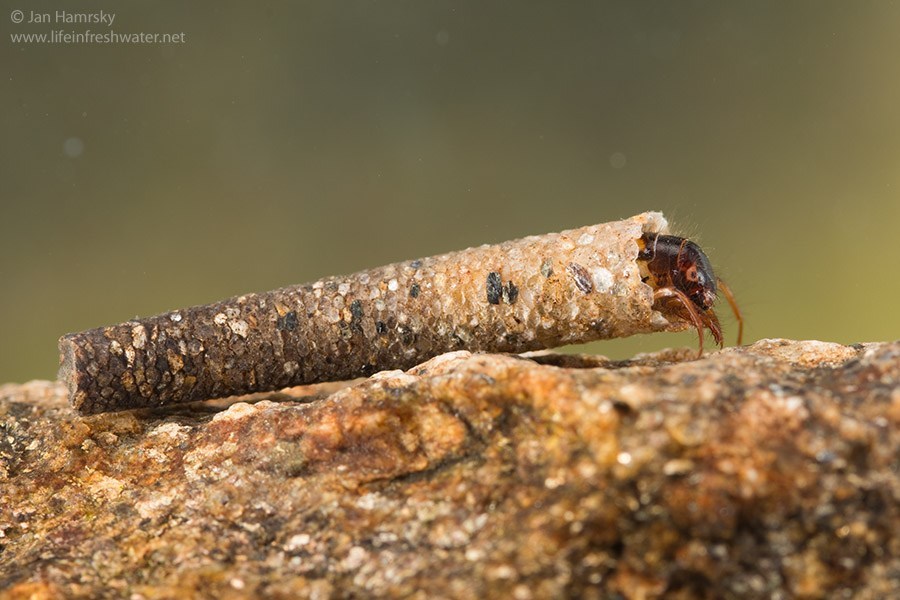 May Fly (left photo) was the dominant species at five sites while Caddis Fly (right photo) was dominant at two sites.  Both are Pollution Intolerant. 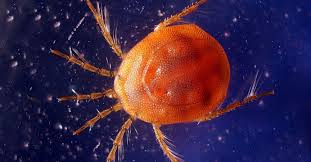 The Top Bridge sample site in the Regional Park was dominated by Water Mites which are a Pollution Tolerant species (right photo). Water Mites are the size of pepper grains, are NOT a human health issue, and provide a nice snack for young trout and salmon. Although the Water Mites were the most plentiful species at this site, the combined numbers of Pollution Intolerant and Somewhat Tolerant bugs were greater. 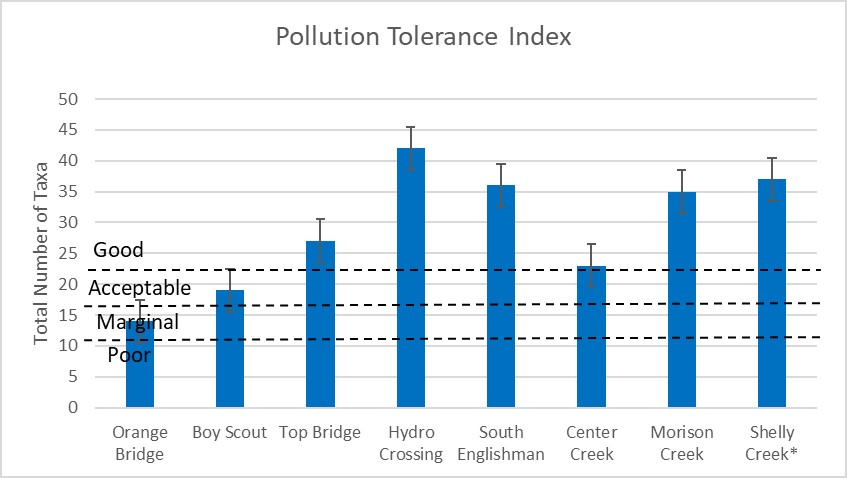 This is certainly good news as it shows that in 2019, the Englishman River watershed appeared to be in reasonably good health, based on this study.

This study was a major undertaking and would not have been possible without the participation of nineteen volunteers listed below.