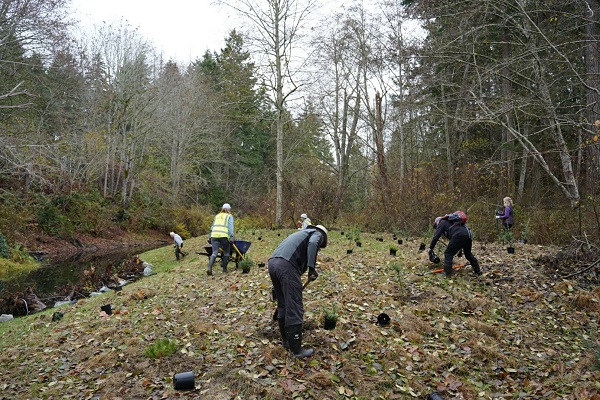 The partnership between Snaw-naw-as First Nation and MVIHES continues in the restoration of salmon habitat on Shelly Creek with the planting of over 1230 trees and shrubs between November 23 and 26.  Planting was completed on the 200 m section of creek that was restored this summer for fry and smolt rearing, as described in a previous article.

Andrew McNaughton, consultant for the Snaw-naw-as, had his team of Megan Peruzzo and Steven Moore measure the planting area and determine the species and number of plants that would produce the best riparian area for bank stability and shade for the fish. Other critters will also benefit from the diversity of plants.

The plants were purchased from Streamside Native Plants by the Snaw-naw-as and delivered to the site in a container truck driven by Chris Bob, Councillor and Project Leader for the Snaw-naw-as. Over the course of four days, 19 MVIHES volunteers planted trees and shrubs alongside Steven, Megan, Chris and Chris' son Logan. Katie Schulze, a practicum student for Andrew McNaughton who is taking a post-degree Diploma course in Fisheries and Aquaculture at Vancouver Island University, got some practical experience planting with us. Our MLA, Adam Walker, and his daughter joined us as well. All but the last three photos were taken by our awesome new Social Media Co-ordinator, Polina Iudina. 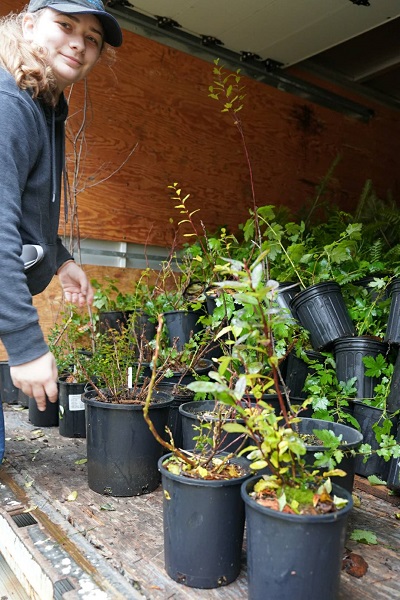 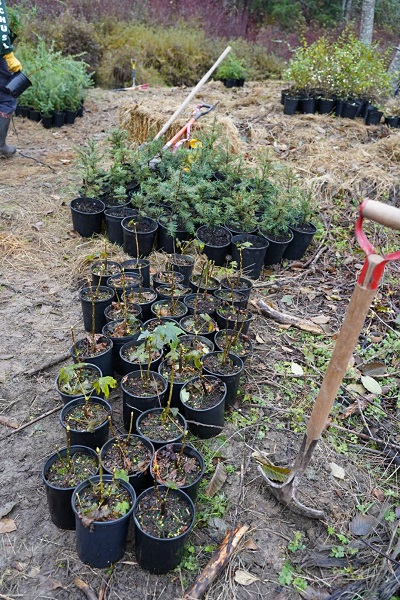 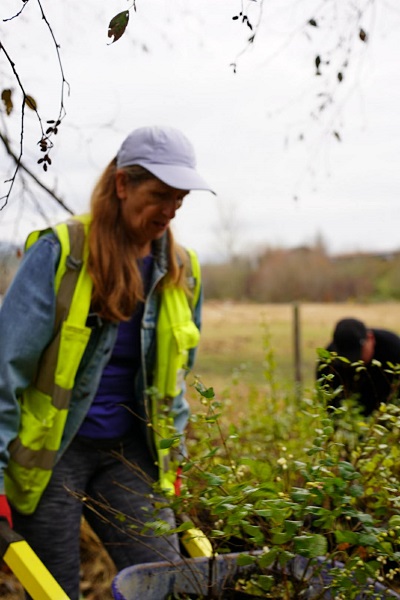 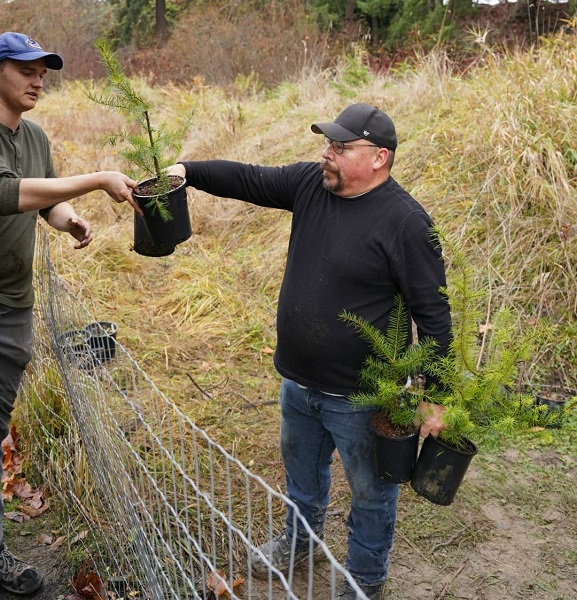 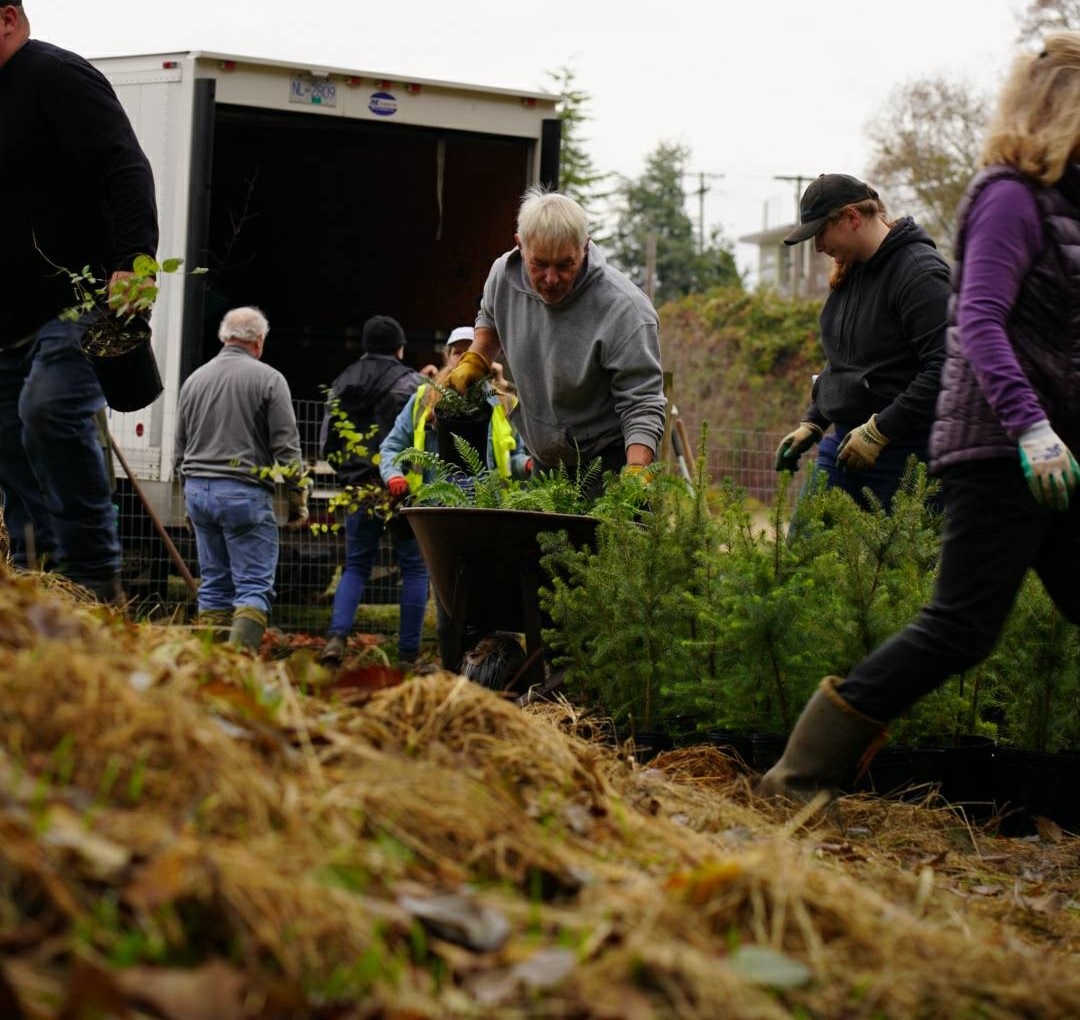 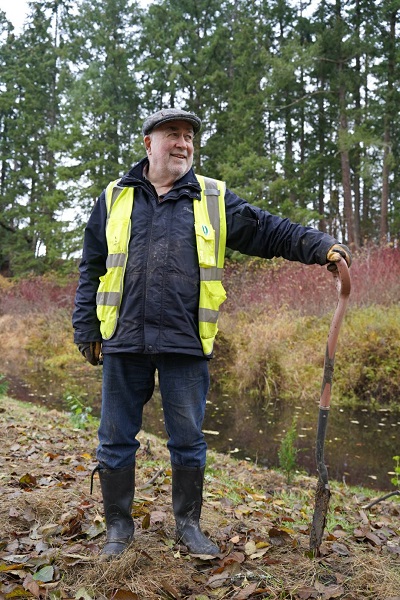 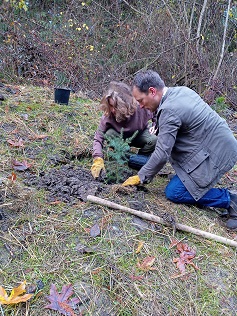 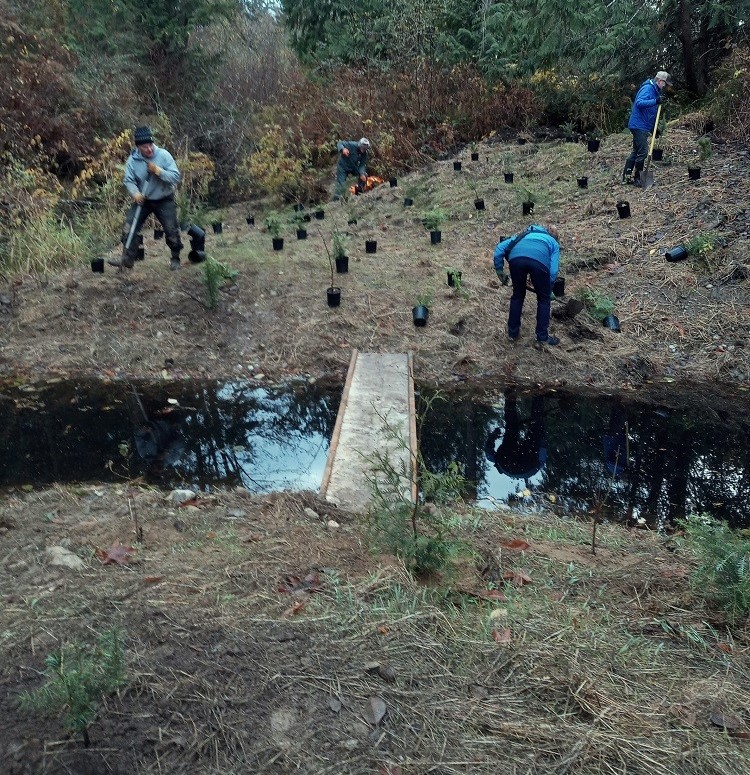 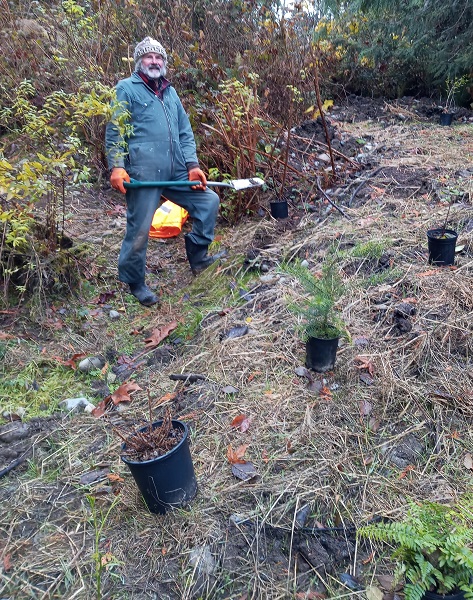 Chris Bob brought some delicious smoked Sockeye Salmon from his community to keep us energized. What a treat!

Many thanks for a great job done by everyone!